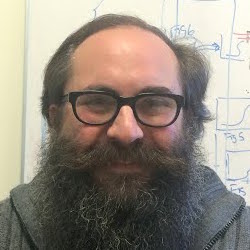 Mark Gondree is an Associate Professor in the Computer Science Department at Sonoma State University. Previously, Gondree was a Research Associate Professor in the Computer Science Dept at the Naval Postgraduate School in Monterey, CA, where he taught, advised students and did research related to computer security and computer security education. His sponsors include the National Science Foundation, the US Navy, the National Reconnaissance Office and the Department of Homeland Security.

Gondree received his PhD from the Computer Science Dept. at UC Davis in 2009, where he worked with his advisor Matt Franklin. While at UCD, Gondree was a researcher in the CS theory lab, and a member of the cryptography research group and the electronic voting research group. Gondree received his masters in computer science from CWRU in 2003, under his advisor David Singer. He spent 2003-4 studying at the IUM in Moscow. Gondree is originally from Buffalo, New York.